The world we live in is increasingly becoming more urbanised, today more than 54% of the global population live in cities and towns and by 2030 it is predicted that this percentage will rise to 60%[1]. Indeed such spaces offer new opportunities economically and socially but from a gender equality point of view it’s important to ask the question how safe are such spaces for women?

While advances have been made to support women’s equality it remains a reality that in 2017 women and girls can often face gender-based discrimination which increases their risk of experiencing poverty, violence, poor health and a lack of an education.

Gender-Based Violence can happen to both men and women because it is “violence that is directed against a person on the basis of gender or sex and includes acts that inflict physical, mental or sexual harm or suffering, threats of such acts, coercion and other denials of freedom”. The reality is however that it’s women and girls who are the main victims of this violence. (cosc.ie)

In 2016 I became involved in the ActionAid Ireland’s ‘Safe Cities for Women campaign’, when I attended their campaign training in Sweden.

The ActionAid Safe Cities for Women campaign highlights the diverse social structures which must be addressed to end the violence experienced by women. Campaigning to ensure that the issue is visible, that violence towards women in any form in not tolerated by society from political to community level. While further empowering women to realise that their voices matter and that they have power to speak out for change.

In Ireland 1 in 5 women experience some form of violence while globally this is 1 in 3. In cities street harassment, sexual assault and fear of other forms of sexual violence is a reality faced by women. Therefore with the population of urban living spaces rising there is an argent need to ensure that such spaces offer and provide women a safe environment in which they can live, develop and fulfil their potential.

Sexual harassment from cat-calling, to groping in public spaces is a particular problem experienced by women coupled with a social culture which often lays blame to women whom experience such sexual violence, because they are viewed not to have taken steps to avoid such situations or have given the perpetrator the wrong signal!

The impact of such violence on women is overwhelming and can effect many areas of their lives, The United Nations observes that such violence reduces women’s and girls’; freedom of movement, ability to participate in school, work and public life, limits their access to essential services and their enjoyment of cultural and recreational opportunities, and negatively impacts their health and wellbeing.

Research shows too there is a link between development, poverty eradication and women’s equality. When women face gender based violence this poses a threat to their potential to fully engage in society. Therefore to uphold women’s human rights, support development and end poverty we must insure women are fully engaged and free from any form of violence that poses a threat to their participation. 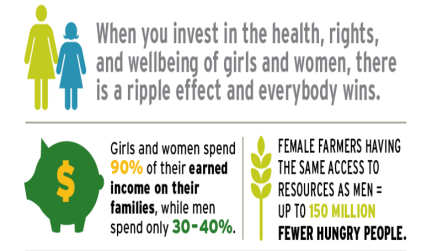 To prevent such violence collective community action is required to both raise awareness, combat attitudes, cultures and policies that contribute towards the violence faced by women.

We must too support and ensure that any planning of public spaces is gender proofed, and that laws and policies which have been created to prevent such violence and support gender equality are implemented. While decision-makers also must provide the resources for monitoring and for any potential gaps in policy that need to address to support gender equality objectives.

In support and to raise awareness to the issue of safe cities and public spaces for women I’ve developed an interactive workshop, for the education development project Donegal Changemakers, it’s my hope that in 2017 communities groups and people across the county will engage in this awareness training to learn about the issue and the actions we can take as a community to create safe cities and public spaces for women and our society as a whole.