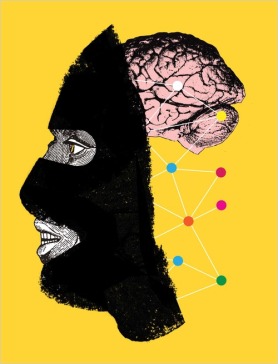 However researchers in the field of terrorism such as Jerrold Post argues that terrorists including the extreme suicide terrorists are in fact “psychologically normal” pointing out that terrorist groups themselves even take measures to insure they do not have mentally impaired individuals within their group or organisation because they recognise that such persons pose a security risk to their operations.[1]

Others such as Louise Richardson and Ehud Sprinzak also support the claim that Suicide terrorists are rational actors. Richardson notes that “there is no particular terrorist personality, and that the notion of terrorists as crazed fanatics is not consistent with the plentiful empirical evidence available”.[2] While Sprinzak who although does view terrorists even suicide bombers as fanatics states that they are also “rational fanatics”.

So if suicide terrorist are sane actors why is it important to test this theory? It’s been noted terrorism is a highly complex and constantly changing phenomenon,[3] if we are therefore going to understand its multiple aspects we must learn to understand its actors.

If we go from the position that terrorists are solely politically motivated we are able to understand the mental processes of such actors. If terrorists are sane actors when we can move away from the notion that their behaviour and actions are not some random acts of terror and violence but rather we can begin to address and investigate the reasons behind their behaviour their actions. Understanding such behaviour and motivations can go some way to developing counter-terrorism polices. There could be social issues that play a role in the recruitment of terrorists therefore if these issues could be addressed terrorism could be further reduced.

For example it has been reported there was increase in willing suicide bombers in 2002 when “Iraq decided to increase the payment to families of suicide bombers from $10,000 to $25,000 in the West Bank and Gaza Strip”[4] which would suggest there could be a social economic aspect for some terrorist to engage in such behaviour particularly those in low income societies where there is a history of ongoing conflict while others have also observed that there is an open willingness to die for the cause that being the Israeli Palestinian conflict.

The use of suicide terrorism is a strategic tactic used by organisations to achieve their political objectives for example it has been reported that Al Qaida during 2005 response to seeing “Iraqi battalions beginning to join the persistent U.S. forces in al Anbar” they used suicide attacks as part of their strategic plan to avoid direct fighting with the international and national forces as they did not have the real capacity to defeat them. [5] The same could be said to the situation in Afghanistan and the use of suicide attacks by the Taliban to destabilize national security and install fear into the population arguable in these situations we can see that suicide terrorism in an active war zone is used as a war tactic.

One of the most recent cases surrounding the metal state of a terrorist was that of Norwegian Anders Breivik, who in 2011 planted a bomb and went on a shooting spree, in total his actions killed of 77 and the injury over 242. While Anders always stated himself to be sane whereas the prosecution tried to make the case for his insanity[6]. The case produced conflicting reports as to his mental state with the first Psychiatrists assessments concluding that he was suffering from paranoid schizophrenia and later reports dismissing this diagnose.

On 24 August 2012, the trials presiding judges delivered a verdict declaring Breivik to be criminally sane and convicting him of terrorism and premeditated murder,[7]  In delivering the verdict Judge Wenche Arntzen in dismissing the argument of insanity pointed to the fact that “Breivik’s withdrawal and suspiciousness could be a consequence of his terrorist plans” rather than a result of insanity. [8]

But how can we be sure that terrorist are not crazed actors? It was noted by Edwin Bakker that “there is an absence of empirical evidence due in part to the fact that it is very difficult to diagnose terrorists, because few scholars have had the opportunity to interview and monitor terrorists the way psychiatrists normally can”.

Therefore in the absence of such evidence an argument could be made that we cannot be 100% sure suicide terrorists are not insane. However at the same time there is very “little empirical evidence that suggests that terrorists are crazy”. This situation also shows why it is important to continually monitor and evaluate the behaviour of such actors to ensure that counter-terrorism has the most up to date potential profile of such actors.

As its stands the majority of reported suicide terrorists can be seen not as insane actors but calculated and strategic tactic used to form part of an overall objective.  We therefore should focus on analysing terrorist believe values and working objectives to help combat current and future terrorist attacks.

[1] Post, Jerrold M. The Mind of the Terrorist: The Psychology of Terrorism from the IRA to Al Qaeda. (Palgrave Macmillan: 2007)

[3] Bakker, Edwin. Jihadi terrorists in Europe, their characteristics and the circumstances in which they joined the jihad: an exploratory study, (Clingendael Institute: 2006) Click here to read